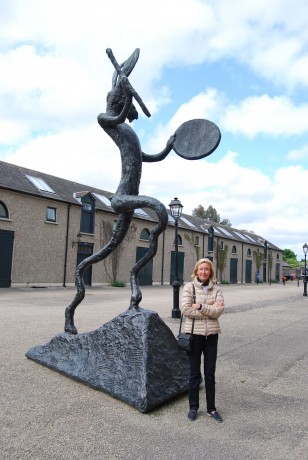 VERMEER IN AMSTERDAM AND DELFT (3 groups)

The Rijksmuseum is announcing the greatest retrospective ever dedicated to Vermeer. The results of the latest research on the artist, his artistic choice and his creation process, will also be presented, adding to the scope of the event. This discovery will be completed by a tour in the streets of Delft with the Vermeer Center, located on the historic site of the Guild of St Luke, the museum Het Prinsenhof, the old church and the new church… In Rotterdam, the Boijmans museum is reinventing the notion of reserve collection : the public can admire, in a gigantic ship-shaped construction covered with mirrors, about 151.000 works of art.

To commemorate its 225th anniversary, the Museum of Fine Arts of Ghent is organizing the very first monographic exhibition devoted to Theodoor Rombouts (1597-1637), Flemish virtuoso Caravaggisto who was renowned in the Antwerp artistic circle. The retrospective reveals the artistic personality of Rombouts and puts its work in a new perspective. The Museum for Contemporary Art (SMAK) presents an imaginary portrait of Marc De Cock with works from the Matthys-Colle Collection and his own collection by Berlinde De Bruyckere, Thierry De Cordier, Raoul De Keyser, Gilbert & George, Ann Veronica Janssens, Bruce Nauman, Michelangelo Pistoletto, Thomas Schütte, Luc Tuymans, …

NAPLES AND CAMPANIA- from Monday 17 until Saturday 22 April 2023

With its Renaissance and baroque palaces and churches, the old Naples and its wonderful gulf will surely seduce you. The archaeological museum tells the ancient history of Campania through reliefs, statues and frescoes, the Capodimonte Gallery hosts rooms full of treasures by Titian, Masaccio, El Greco and of Flemish painting, … Pompei, Herculanum, Capri, the so-called Villa of Poppaea in Oplontis, the temples of Paestum, are testimonies of the magnificence of the Greco-Roman civilization in an idyllic setting.

To walk in the footsteps of William the Conqueror is full of surprises! His castle in Caen, built on a rocky outcrop, hosts one of the richest Fine Arts Museums in France. Its ‘Abbaye-aux-Hommes’ has a gothic choir and a wonderful romanesque nave. The cloister of the ‘Abbaye des Dames’ is a museum with paintings by Boudin, Monet, Courbet. The Bayeux Tapestry tells the exploits of William the Conqueror in a vivid, colourful and modern way. Normandy is a land of castles, like Crèvecœur with its dungeon of the XIth century, its chapel of the XIIth century and its dovecote of the XVth century ; Saint-Germain-de-Livet encircled by its moat, Fontaine- Henry from the XVth century, displaying paintings by Rubens, Titian, Correggio, while Vendeuvre is a fine example of a XVIIIth century Normand country house in an enchanting park.

After Maeght in Saint-Paul-de-Vence, new art foundations situated in magnificent settings, have been built by famous architects in the 21st century. The vineyard of Château La Coste in Aix-en-Provence has been transformed in an art center by Jean Nouvel, Frank Gehry et Tadao Ando. At the Moulin 13 des Serres in Muy, Bernar Venet presents his works and those by his friends from the American conceptual avant-garde. On the island of Porquerolles, the Carmignac Fondation is surrounded by an amazing park. Luma Arles launches its cultural activities from the glittering tower by Frank Gehry. Since 2022, the house and the workshop of the famous artists of abstract art, Hans Hartung and Anna-Eva Bergman, nested in a splendid estate above Antibes, are open to the public.

Le MuZEE pays homage to Anna Boch (1842-1936), Belgian impressionist woman painter internationally renowned and important collector. The exhibition confronts her works, joyful, colourful, luminous with those of her favourite artists : Paul Gauguin, Vincent van Gogh, Paul Signac and James Ensor. Also on the program, a visit to the recently renovated and extended Ensor’s House, immersing the visitors in the artist’s world and dedicating him nice exhibitions from now on.

MILAN AND LOMBARDY – From Monday 4 until Friday 8 September 2023

Milan was built around the Duomo and the old medieval center shelters most of the museums, like the Museo del Novecento presenting not only works by the futurists but also by Picasso, Mondrian, De Chirico, the Pinacoteca di Brera with Piero della Francesca, Mantegna, Canaletto, Raphael, Veronese… At the Villa Necchi Campiglio, we share the everyday life of a Milanese family from the 1930s in an Art deco interior, while the Prada Foundation introduced us to contemporary art in an old distillery, with works by Louise Bourgeois, Jeff Koons, Damien Hirst. In the surroundings, Bergamo, Cremona, Mantova and Pavia offer their architectural and artistic treasures.

Blond as honey, Malta is full of discoveries. On the World Heritage List of the UNESCO, Valletta has many monuments, like the Grandmaster’s Palace, the ‘Auberge des chevaliers français’ and its archaeological museum, the ‘Auberge d’Italie’ and its Fine Arts Museum fully restored, the St John Co-Cathedral with the tombs of the Knights and the famous Caravaggio paintings, the new City Gate by Renzo Piano. On the island, the megalithic temples join greatness and refinement. The palaces of Mdina shelters the noble families of the island, the Domus romana in Rabat, roman antiquities. In addition to the temples from the neolithic of Ggantilla in Gozo, there are the ancient saltworks and the Blue Grotto, at the foot of the cliffs, with its water aquamarine coloured.

Our guide Javier brings us off the beaten track to discover Soria, the city of the poets and its captivating region. We’ll visit the cloister of San Juan de Duero with its oriental inspiration, the Romanesque church of Santo Domingo, the Numantino museum displaying the Celtiberian culture, and the Cistercian monastery of Santa Maria de Huerta. From the water-cure hotel of El Burgo de Osma, hosted in a 16th-century university, we’ll discover the imposant castel of Gormaz, the superb Romanesque frescos of San Baudelio. We’ll visit the picturesque village of Catalaňazor and Medinaceli, the ‘City of the Sky’ of the powerful dukes of the 16th century. From the Parador of Sigüenza, nested in a 12th century castle, we’ll visit the small medieval village with its red roofs in a wonderful setting of fawn-coloured mountains.

The M museum in Leuven is devoting an international exhibition to Dirk Bouts (about 1415-1475) who has achieved in his works a stupendous synthesis between Jan van Eyck virtuosic technique and Rogier Van der Weyden innovative visual language. Close by, the University Library puts Dirk Bouts in his time by assembling precious manuscripts, printed gems and contemporary art in a surprising combination. We’ll also visit the St. Peter church, for which Dirk Bouts painted «The Last Supper» and «The Martyrdom of St. Erasmus».

EGYPT, FROM ALEXANDRIA TO ABU SIMBEL – from Saturday 18 until Sunday 26 November 2023

The great library in Alexandria, built by the Norwegian architecture office Snohetta, is a spectacular success, with its breathtaking reading room, while the National Museum sums up the whole history of the city. The pyramids in Giza, the mastabas in Saqqara are real miracles. The new Museum in Cairo is a treasure chest for its sumptuous collections. The elegant temples in Luxor and Karnak, the sites of the Theban necropolis are bewitching. A cruise on the blue waters of the Nile will lead us to Assuan in the fascinating world of the Nubians with an unforgettable discovery of the royal colossus springing up from the mountain in Abu Simbel.

For the travels and excursions, please contact Virginie Descamps

The payment with your name and excursion reference number (BE92 7440 6349 9223) confirms the registration and is not refundable.